Home > Blog > To the new leadership of the WHO: A renewed commitment or more empty promises? 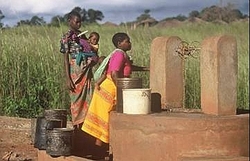 Alison Katz, a long-time staff member at the World Health Organization and activist with the People’s Health Movement, sent the open letter below to Dr. Margaret Chan, the new Director-General of WHO. Allison’s letter provides a passionate and articulate summary of the choices facing WHO if it is to meet its promise of “Health for All.”

You have taken office as Director-General of the World Health Organization after two discouraging decades in which the international health authority has been progressively subjected to pressure from powerful minorities, separated from the people it serves and diverted from its public health mission.

In short, WHO has fallen victim to neoliberal globalization – as have most social and economic institutions serving the public interest. A number of WHO staff, in senior and less senior positions, have struggled against the worst excesses of this process, but the damage has been extensive. In addition to the tragedy (and scandal) of continuing, avoidable disease and death, WHO has lost friends among the people it serves and has gained rich and powerful “partners” in search of new areas of influence.

Almost certainly, the world’s people will force a return to the goal of social and economic justice, and in the area of health, to the promise of Alma Ata – which was itself explicitly predicated upon a new international economic order.

“Health for All” became WHO’s slogan at the end of “Les Trentes Glorieuses” (1945-1975) – thirty years of genuine progress towards a fairer – and therefore a healthier – world. This was the era of decolonization, when the need for redistribution of power and resources, including the rights of peoples to self determination and control over national resources, was widely recognized and there was strong commitment to universal, comprehensive public services to meet basic needs for health. A time of optimism, moral vision and genuine progress.

Optimism was fully justified because the world had (and still has) ample resources to ensure peace, security and the wellbeing of all. Health for All is no utopia. It was and is achievable even if it is far more ambitious than the Millennium Development Goals which are – quite literally – a set of half measures defined and delimited by the G8.