Home > Blog > May Day: Remember the Dead, Fight for the Living

Labor activists in the US have traditionally celebrated May 1, International Workers Day or May Day, with actions and rallies to raise awareness and support for all workers, and in particular to recognize the advances of trade unions. We love Peter Linebaugh’s “The Incomplete, True, Authentic and Wonderful History of May Day” which dates the beginning of May Day to 1886.

In the United Sates, May 1 has also become an important day for immigration activists since 2006 when a broad coalition of groups mobilized millions of people in the U.S. for a “Day without Immigrants” to call attention to the role of immigrants in the U.S. economy. With the passing of a new, tough immigration law in Arizona last week, this year’s May Day is particularly important for the movement. The law, known as SB 1070, gives police officers unprecedented authority to stop and detain anyone who is suspected of being in the country without legal papers.

But despite the increase in worker occupational health and safety programs that labor organizing has won, each year thousands of workers are killed and millions become ill or are injured from unsafe conditions in their workplaces. Each year, workers and unions around the world, including AFL-CIO member unions in the US, recognize April 28 as an International Day of Mourning, or Workers Memorial Day. 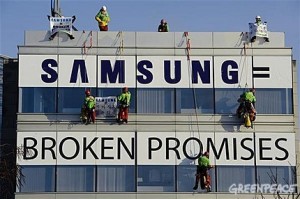 This year’s Memorial Day is particularly significant for Hesperian because the Korean organization Supporters for the Health and Right of People in Semiconductor Industry (SHARPS) led by Dr. Jeong-ok Kong, one of our partners in the development of our book-in-progress A Worker’s Guide to Health and Safety, is remembering the workers who have died of occupational cancers in Korea. The most recent case, the death of Ji-yeon Park — a young worker from Samsung’s Onyang semiconductor factory — who died of leukemia at age 23, came less than one month after Samsung workers, their families, and community supporters participated in the 1st Memorial Week of occupational deaths of semiconductor workers to honor the memory of the many other workers who gave their lives working at Samsung. There are now 23 documented cases of Samsung workers who have suffered from blood cancers like leukemia or lymphoma, and 9 workers among them have already died.

Please take a moment to visit the recently unveiled Stop Samsung website, watch the workers and their families tell their story, and sign the petition to demand that Samsung acknowledge its responsibility for the cancer deaths of its workers; and the Korean government enforce its laws to protect workers.