It’s in the news almost every day: people are protesting, being beaten, and being arrested in their attempts to stand up against racism, hatred and calls to violence. Is it an anti-Trump rally in 2016 or a voting rights rally in 1966? 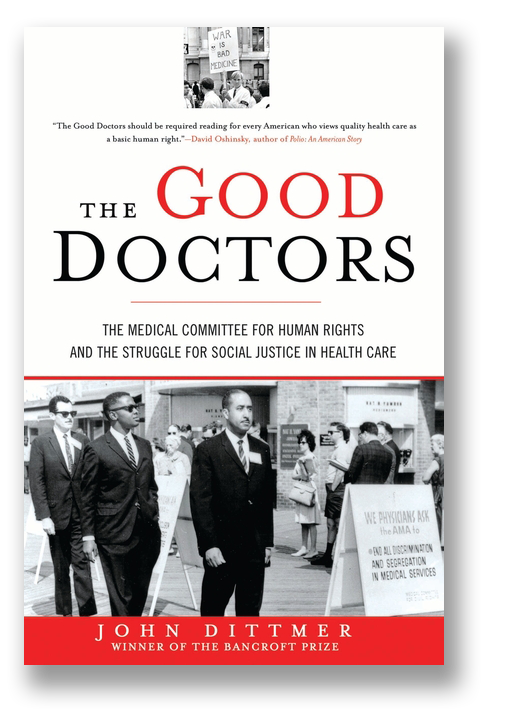 In the summer of 1964, Freedom Summer, more than 1,000 civil rights activists organized in Mississippi to register black voters — less than 7% of eligible black voters could vote in the previous election. In response, the Ku Klux Klan, police, and local authorities assaulted and harassed the organizers and the local black community, burning 37 black churches and 30 black-owned homes or businesses, beating at least 80 organizers, arresting 1,062 people, and murdering several.

The Medical Committee for Human Rights (MCHR) was formed to set up free rural and urban health clinics, expose racist practices within the American Medical Association, and contribute to the development of a community health center model that could be controlled by and serve African Americans in the US south.

In honor of that struggle, Hesperian is offering 20% off our titles during July, including The Good Doctors, which examines the creation, role and struggles of the Medical Committee for Human Rights, and Everybody In, Nobody Out, the memoirs of Quentin Young, co-founder of the MCHR. Use coupon code ‘Freedom20‘ at checkout through July 31st and save 20%!