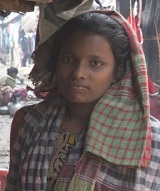 Close to 1 million Rohingya people have been forced from their homes in Myanmar in a tragic ethnic genocide. The Rohingya are a minority Muslim population in a majority-Buddhist country and have suffered execution, rape, and other unthinkable cruelties as they have been driven into exile to Bangladesh, where overwhelming needs for food security, sanitation, and basic healthcare sideline reproductive health needs.

We couldn’t do it without our partners

In September, Hesperian was honored to host our partner Julie Cliff, a dedicated physician and teacher in Mozambique. Dr. Cliff discussed her work in Mozambique; her research on konzo, a deadly disease caused by eating cassava; and her work as a translator and reviewer for Hesperian. Watch the video of her visit to Hesperian here. 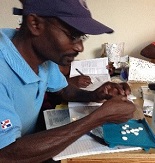 Teaching Them to Fish

After years of Medical Mission work, I found myself asking “What do they do when we are gone?” Fortunately I stumbled upon the Hesperian book Where There is No Doctor. I was so inspired by the concept of allowing the villagers to learn to manage their own health. So, I started a nonprofit organization whose primary purpose was to form a community health program.