Vaccinations are among the simplest collective measures we can take to care for our children. Yet they have become politically charged, and avoiding them has resulted in outbreaks of completely preventable dangerous illness.

For example: Despite access to a proven safe vaccine, global measles cases rose by 30% between 2016 and 2017. In the U.S. alone, there has been a 25 year record in reported measles cases: 704 in this year alone. WHO estimates that vaccines save between 2 and 3 million lives each year. But “vaccine hesitancy” – being unwilling or refusing to vaccinate – is still a major barrier for public health w 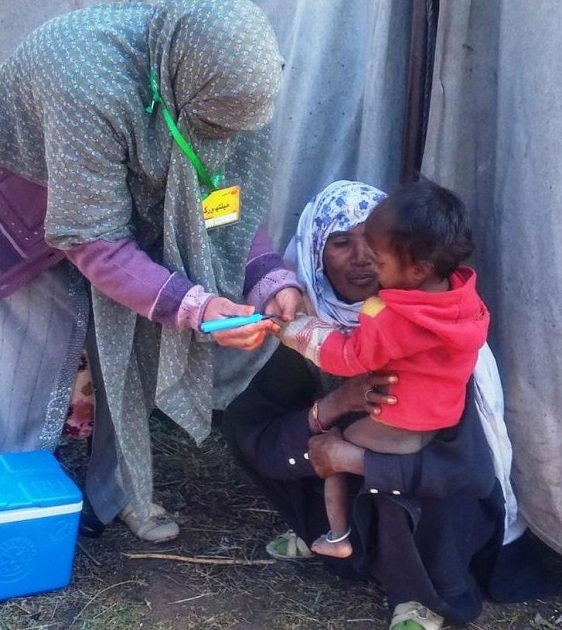 One would think that the positive effects of vaccines – the end of smallpox, prevention of tetanus and other formerly widespread problems – would be convincing enough. And vaccines are still making news: 2019 may be a historic year for Pakistan, a country well on the way to completely eradicating polio, thanks to energetic pro-vaccination campaigning. Newer vaccines, like those for HPV and Ebola, have world-changing potential.

So why do some parents choose not to vaccinate their children? Clearly they love their children and are acting with the best of intentions. They may have incomplete information. They may fear a connection between autism and vaccination – a widespread claim but one without scientific evidence to support it. More understandably, they may distrust programs administered by their anti-democratic or corrupt governments. And distrust of the large drug companies that produce vaccines is not delusional, but a logical response to the behavior of the pharmaceutical industry.

While we wholeheartedly support vaccination as one of the most basic investments that we can make in the health of our families and communities, let’s stop vilifying the anti-vaxxers. Until we are able to inoculate against corporate greed and governmental corruption, there will always be some misdirected resistance.